Ralph Darby Williams (1902-1982), his wife, Jewyl, and baby Owen arrived in El Salvador on Christmas Eve of 1929 as Assemblies of God missionaries in Central America. As the Pentecostal church grew over their tenure of 50 years, Williams helped to develop the basis of the indigenous church principle that has driven the success of Assemblies of God missions endeavors.

In his report, “First Impressions of El Salvador,” published in the April 12, 1930, issue of the Pentecostal Evangel, Williams updated readers on their activities during their first few weeks stationed in El Salvador, a little country of about two million people.

Born in England, Williams was saved and baptized in the Holy Spirit in his native land but traveled to the United States to receive training for mission work at Glad Tidings Bible Institute (later Bethany University) in California. There he met his future wife, Jewyl, who was also training for ministry.

Ralph and Jewyl felt a call to Mexico but that country was closed to U.S. missionaries. For three years, Ralph and Jewyl trained Mexican workers in San Diego to return to their native country and plant churches, hoping that soon American missionaries would follow them.

Meanwhile, the Pentecostal message had come to El Salvador through Canadian Frederick Mebius, who was influenced by Charles Parham’s Apostolic Faith Movement. Many received this message with open hearts, but without solid biblical instruction and pastoral guidance the few believers had fallen into dissension and bad teaching. One believer, Francisco Arbizu, was so concerned about the state of the church that he sold his possessions, used the money to finance a trip to the United States, and met with AG leaders asking them to send missionaries to El Salvador to guide his people into learning the principles of God’s Word.

The Williams family responded to this call and met with Arbizu on Christmas Day, 1929, in Santa Ana. He greeted them with a shout of praise, “Now we have a shepherd!”

Over the next few weeks, Arbizu took the family on a tour of the fledgling churches that had sprung up in private homes. Williams could see that the church had many committed believers but he shared Arbizu’s concern at the lack of biblical knowledge and organization.

The more he traveled the more he became convinced that it would take at least six missionaries to disciple the converts and reach the unevangelized. He knew that no other missionaries had expressed an interest in coming and that the church was not ready to support them even if they were there. Williams prayed about this and asked the Lord to show him the answer to the dilemma.

When the answer came it surprised even him: “the missionaries are already on the field!” The answer to his prayer were the very believers he was teaching. They didn’t need to bring more people from the United States; they needed to raise up the Salvadorian believers to reach their neighbors, pastor their churches, and send their own workers to the unreached villages around them.

Williams then began organizing conferences for church workers and held monthly fellowship meetings so that the workers would have fellowship with other believers from surrounding villages. Persecution was often great for these believers, who were religious minorities in their villages. But when the Pentecostal believers came together for conferences and meetings, they discovered that there were more than 1,000 believers. This knowledge that their numbers were growing gave them boldness to face their persecutors and to believe that they could reach their own nation.

During the Great Depression, it was often hard for the AG churches in the United States to fully support its missionaries. Many days, the Williams family of six, including four growing boys, had nothing to eat but black beans and tortillas. But God always provided and good came out of this situation. The Salvadorian believers began to support the gospel workers through their own tithes and offerings, many times taking the ministers and their families into their homes to keep them from having to pay rent when funds were low.

When missionary Melvin Hodges arrived in El Salvador in 1936 to assist Williams, he was intrigued by the way the Salvadorians provided so much of the leadership for their own churches. When Hodges moved to Nicaragua he began to move the Nicaraguan church from a paternalistic structure, dependent on American financial assistance, to one based on the indigenous church principles modeled in El Salvador. Hodges went on to write the first missiology text by a Pentecostal, The Indigenous Church, which outlined these principles which became the standard missiology of the Assemblies of God.

Williams later became the field superintendent for Central America and, by 1959, the Central American work had grown from 12 small disorganized congregations to over 400 churches, 1,000 outstations, 18,000 believers, and seven Bible institutes. When Williams died in 1982, he left behind a well-equipped body of national believers ready to continue in the self-sustaining work for which he had devoted his life.

Read more about Williams’ first thoughts on arriving in El Salvador on page 10 of the April 12, 1930, issue of the Pentecostal Evangel.

Also featured in this issue:

• “Passover and Pentecost,” by Stanley Frodsham

• “The Things That Are Above,” by J. Narver Gortner 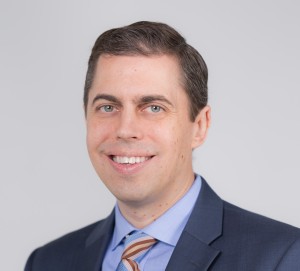